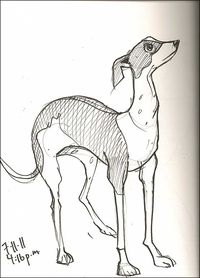 Left: Practice sketch of a dog park vistor (from my photos put up on the computer screen). Faber-Castell Pitt Artist's Calligraphy Pen and gouache on a 9 x 12 inch page in a Fabriano Venezia journal. (Edges cropped a bit because the page is larger than my scanner top.)

As I kept working with the calligraphy pen I found that my dogs were getting more stylized, or in other situations, had ceased to work at all (see the next page image for unpainted sketches).

That's when I decided to pack in the calligraphy pen and get out the Pentel Pocket Brush Pen. 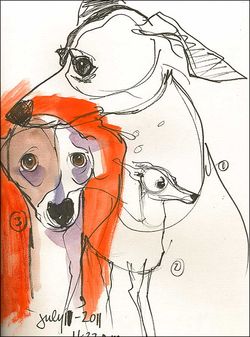 Right: I switched from the calligraphy pen to the Pentel Pocket Brush Pen (for the painted greyhound face at the bottom left).

I think making a switch in pen type or approach can give you renewed stamina to keep working. The third sketch in this second image (painted) set me off working with the brush pen for another series of sketches. The first two sketches on this page were too fussy and I wasn't being careful with my line placement. But when I switched to the brush pen the simple act of switching intensified my concentration. That third sketch has personality. And it was done in seconds without fussing. 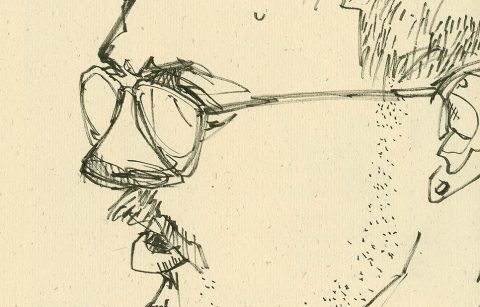 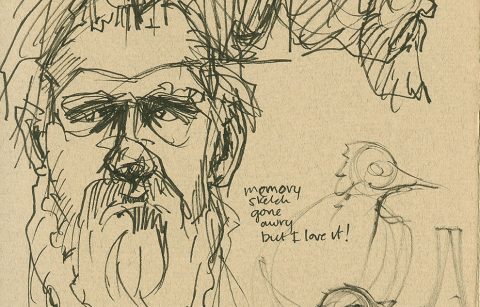 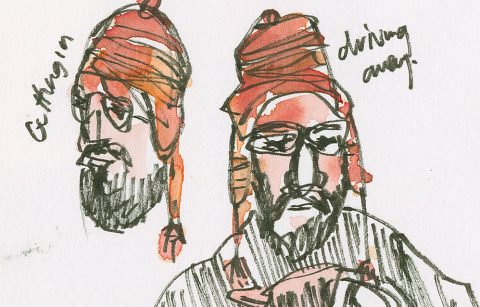