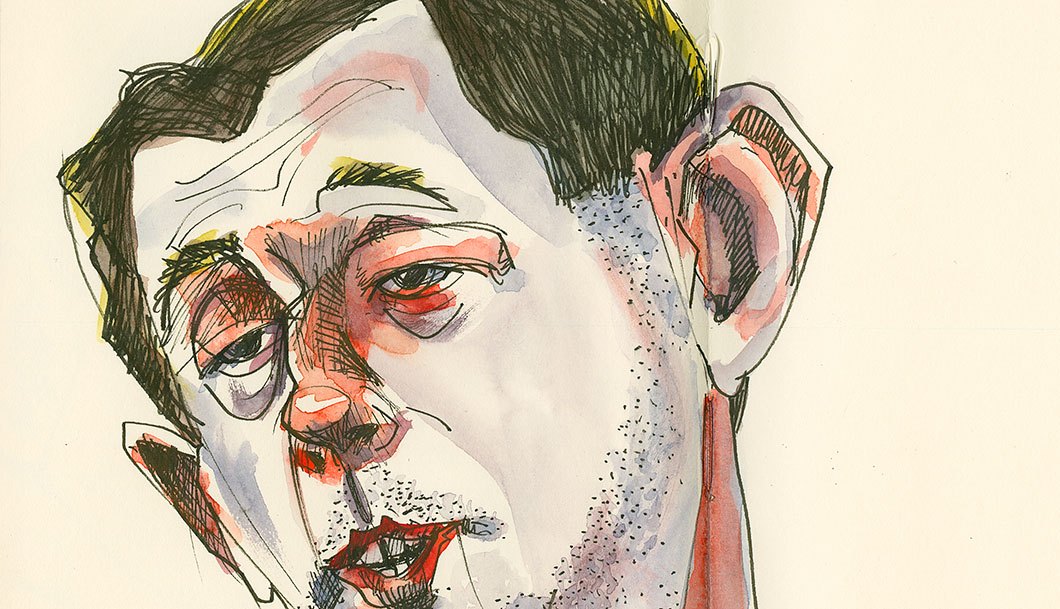 This sketch of a character actor in an historical drama (set in the 1930s) is not exaggerated.

This is how he looked (essentially, OK there is always some exaggeration when you draw directly with ink, because if a line goes a little wonky I simply keep going…)

It’s no secret, especially when I work with a bold Pentel brush pen that I often exaggerate.

But there are times when people think I am and I’m not. Most of the time that this happens I’m sketching someone with a very expressive face. Character actors are great for this. (So are the Fair and Festival attendees that #earthsworld photographs.)

Character actors not only have expressive range with their face they use it to make the most of their limited screen or stage time next to the “star.” Sometimes you can see them arranging their faces and “acting,” but the truly great character actors just are the character they are portraying.

They don’t care that the art director and make-up artist and costume designer are all actively trying to play up their disproportionately large ears or their incomprehensibly long necks, their odd hairstyles.

This weekend think about finding some character actors to sketch. I’ll start you off with some whom I love.

Frank Morgan—usually on the “refined” business man end of the spectrum, his roles in “The Wizard of Oz” will give you lots of fun sketch time. I recommend “The Shop Around the Corner,” and my link will take you to a sketch of Morgan that I made watching that film, as well as my review of that film. In that movie Morgan has a very interesting haircut, important to the time and the setting.

Felix Bressart—He’s also a bonus model in “TSATC” playing another store clerk. His mustache in this movie is a character on its own.

Edward Everett Horton—just pick anything that he was in. Watch how he wears a hat, dons a jacket, ties a tie. He has a humorous sidelong look that gets him noticed in any frame.

James Hong—An amazing character actor whose career is over 60 years long! You can find out a little bit about his life and career in movies in the linked interview. He really embodies a character so that you are watching the character and not seeing the actor. With a career of such length there are so many roles to look into, but I suggest “Big Trouble in Little China,” which is one of my all-time favorite movies for it’s indescribableness—96 percent of which must come from Hong’s performance. We have to have someone solid at the center of all this swirling, and a great villain is perfect for that.

Eugene Palette—whether it’s as Friar Tuck in the Errol Flynn “Robin Hood,” or a frazzled father/failed business man in “Our Man Godfrey,” he brings a shine and polish to every role.

Walter Brennan—everyone’s perennial side-kick, and more. I’d start with “The Far Country” because, well you also get to see Jimmy Stewart (whom I find terribly difficult to draw; perhaps I care too much?!),

Stephen Root—Watch closely, listen carefully, he’s so different in his roles you might miss him at first. But there is something in his voice you’ll recognize. Watch “Office Space.” (Which you need to have seen anyway.)

Strother Martin—I add him in here not just because he created great roles but because he was often pretty scruffy in haircut and beard (stubble) as a character in the westerns, and hair and beards are so fun to sketch. But so is his face, especially when he squints and you can read the character’s thoughts, not the actor’s. There’s so much to choose from, several films with Paul Newman (I’d start with “Cool Hand Luke,” because it’s a role that is so often referenced in pop culture. Several films with John Wayne…on it goes.

I’ll just end it with:

That will give you an excuse (as if you need one) to watch six Alfred Hitchcock movies.

But even more fun than that would be to sit down and watch “We’re No Angels” with Humphrey Bogart, Aldo Ray, Peter Ustinov, and directed by Michael Curtiz, which also gives you access to Basil Rathbone! It’s my favorite Christmas film! 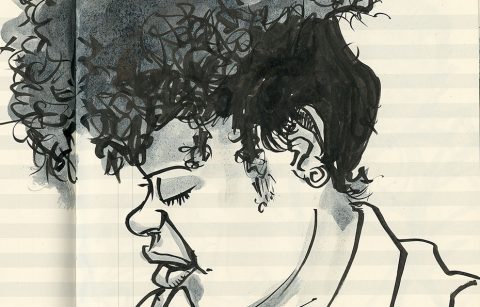 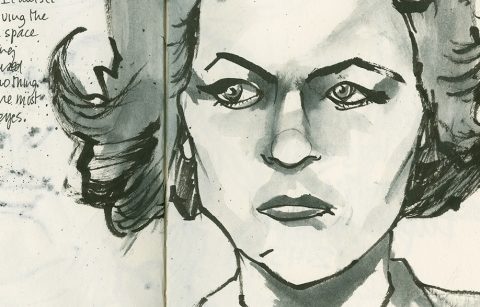 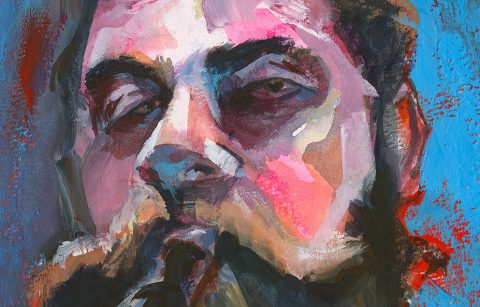