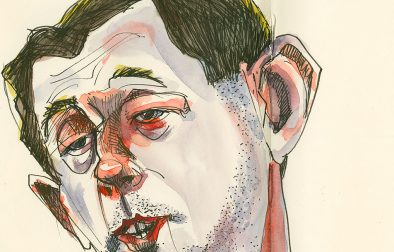 This sketch of a character actor in an historical drama (set in the 1930s) is not exaggerated. This is how he looked (essentially, OK there is always some exaggeration when you draw directly with ink, because if a line goes a little wonky I simply keep going…) It’s no secret, especially when I work with […] 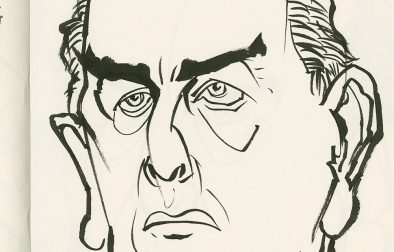 I love working in a series just in an evening—sketching the same subject over and over to see how I can approach it with different tools, media, or even just something like line which is infinitely variable. I’ve posted three sketches of British actor Robert Morley in this post. I became a fan of his […] 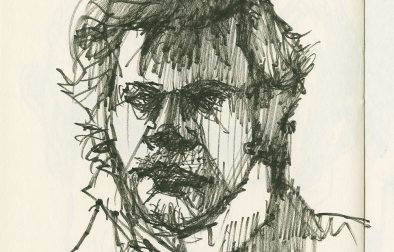 Hair, it’s one of the things that pulls me to draw a portrait. How does that person have his or her hair? I am particularly susceptible to Jane Austen dramatizations—so much wonderful 18th century or 19th century hair depending on how the film decides to go with fashion at the cusp of time. Or anything […] 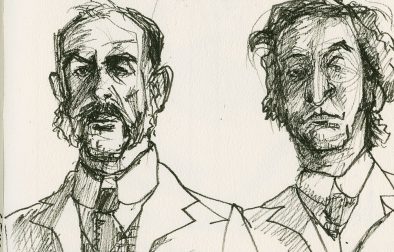 I’m a little shaky typing this. I found out that actor Sean Connery passed away today. I’d gone on Instagram to post my photo of a new durum wheat loaf—and I saw my friend Tim’s note on Instagram. As a child in the 60s I wasn’t allowed to watch the Bond movies until I was […] 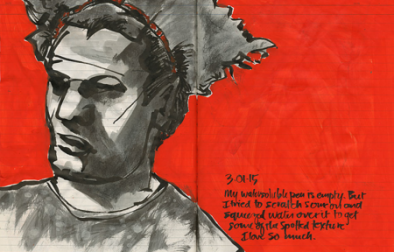 Above: Warm up sketch while watching a documentary on Isaac Mizrahi and a 1990s fashion show. I seem to have forgotten to write in the time, which was basically 30-40 minutes before starting the next sketch. All the sketches happen fairly quickly, but then I take time to watch the show. All images in today's […]

The Warrior’s Way—It Has Ninjas, How Could I Resist?

A film goes behind the scenes in the fashion industry.