Sometimes Roz Stays Up TOO Late 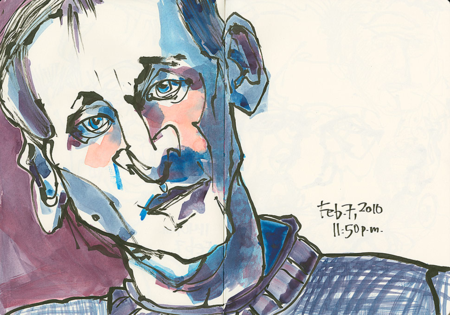 Shhhhh!!! Don’t tell Dick, but sometimes when he goes to bed before I do I stay up and watch new shows I know he would have no interest in.

That’s all fine, except that he and I both know there are certain shows I shouldn’t watch before bed (or any time for that matter) because I have a wild imagination.

“Fortitude” is one of those shows.

But it popped up on Netflix advertising that it had Stanley Tucci, Christopher Eccleston, and Michael Gambon in it. I didn’t even bother to read what the show was about.

Look. I love Christopher Eccleston’s ears. I think they are phenomenal.

In fact I hope one day to grow up and be able to sketch his ears in person!

But even with the promise of Stanley Tucci (he isn’t in the first episode) and the fun of seeing Michael Gambon, I should not have been watching “Fortitude.”

I can’t even tell you what it’s really about because I watched one episode and in it two kids wandered off and found something?? All off screen. One kid got sick. Other weird stuff happened. And we saw a lot of icy landscape that looked like Iceland, but if they told us where it was I missed that (I was waiting to see Eccleston’s ears and was distracted).

I know I dodged a bullet. If the show had jumped to the punchline any quicker (i.e., shown more in the first episode) I would have been scared out of my skin and up all night—because I think they were going for a “The Thing” meets maybe “28 Days Later” or some other infection movie, meets “Lilyhammer.” (I just threw the last TV show in because maybe there would be some comedy. A little bit of comedy is always great to build viewer loyalty and investment in even the most “strained” of shows.)

Who knows? All I know is that night I saw enough to know that if I watched a second episode I would be in big trouble.

So with great difficulty I turned off the TV, brushed my teeth, and slide into bed, where, in the dark, I could hear the normal breath of Dick as he slept. And I could also tell that he smelt like his normal self—a carbon based life form—a Homo sapien, gender male, to be exact—and not at all like a pod-person.

I don’t think we need to mention this to Dick, do you? I promise I won’t watch any more episodes. 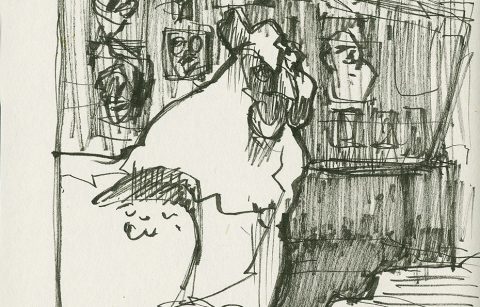