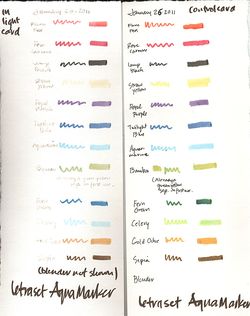 Left: Color test chart for the Letraset Aqua Markers. Click on the image to view an enlargement, and read below for more details. Note: Left side was exposed to light, right side is the control—but that's really obvious.

A while back I purchased some Letraset Aqua Markers because I saw them in a catalog and if you really could use them as described they would be an interesting tool.

These pens have a broad tip on one end. The other tip is a fine point.

I was sold the inferior Aqua Marker, as if it was the Aqua ProMarker. The advertising copy talked about all the qualities the Promarker had. (I don't blame the catalog company, I think they were actually confused. I know I would have been.)

Be VERY CAREFUL which markers you purchase from Letraset.

They push the Aqua Marker to "Scrap bookers and Rubber Stampers and also to Water-colour illustrators as an alternative to paint-based media."

That claim is nonsense. Supposedly you can wet the lines made with these pens and wash them out like watercolors by touching the lines with a waterbrush. However, I found that the pen lines do not dissolve equally well depending on time lapse (when you get at them with water). The type of paper use use them on greatly effects their action as well, and that makes sense given differences in paper sizing and texture, but I would have expected a bit more control in the product over different paper types.

For best results you'll want to use them on relatively smooth paper. Plate Bristol and other such papers, that aren't typically used for watercolor. You can see how one dissolved in my video review of the Stillman & Birn Epsilon Series Sketchbook. I rated that sketchbook highly for marker use, and these would be a great marker to use in that book if you don't care about the other product issues.

From the lightfastness test results I got I wouldn't recommend these for use to scrapbookers or rubber stamp artists at all. I certainly would caution any illustrator against using them.

What about the Aqua ProMarker? Well since I was was tricked into buying a different line by advertising copy that promised pigmented, non-fading inks (which clearly the Aqua Markers aren't) I am not going to spend more money buying the next product line to test them. You can follow my link to ProMarkers and read about the product and make your own decision. Perhaps if you do a lot of Manga art these pens would be useful to you.

Beyond use as a slightly soluble marker I don't recommend the use of Letraset Aqua Markers at all. Even for greeting cards and rubber stamp work.

As you can see from the lightfastness test of these colors most of the Aqua Marker colors fade considerably. You will have the best results using their black, rose carmine, royal purple, twilight blue, and sepia. But even in those colors only the first two were without any noticable fading. The yellow used in any of the pens faded out the most drastically. While the scan of the cards may show little difference before and after for Gold Ochre for instance, upon in-person viewing you can easily see the color shift as the yellow fades out to leave a less interesting hue.

So use at your own risk. I found the pesky to use, difficult to graduate and blend, and because they fade so badly, I'm not interested in using them for anything, except perhaps an occasional heading in a journal.

NOTE: I didn't write down the name of the pen I was using to write the color names. That black ink faded drastically. I know it was a fine point pen based on the small size of the lettering, but only my cramped writing indicates to me that it might have been one of the several "fountain pen" type pens I was trying around that time. It was not one of my regularly recommended pens. The darker, large writing on the card was made with the incomparable Faber-Castell Pitt Artist's Calligraphy Pen, black of course. That ink is not going anywhere. You can use that pen with confidence. 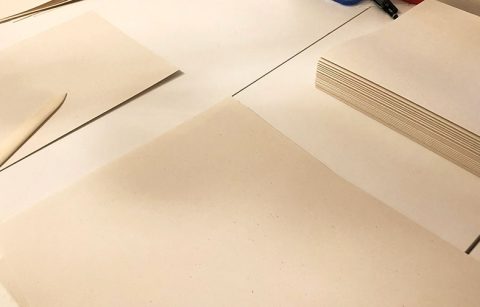 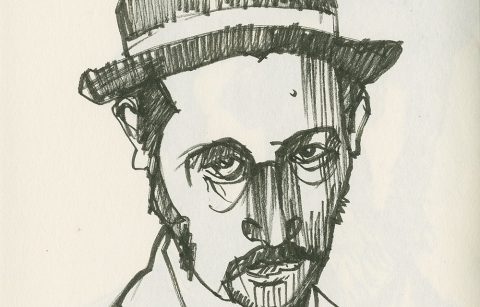 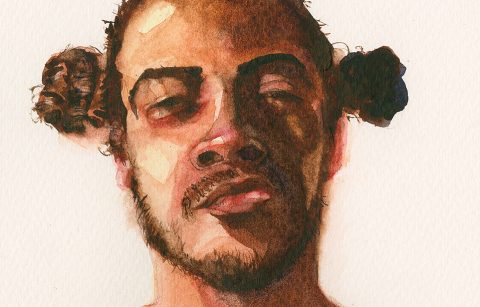