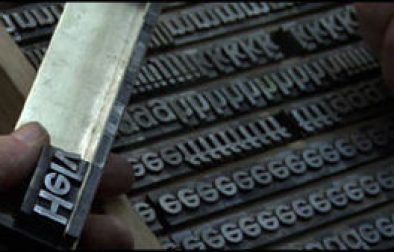 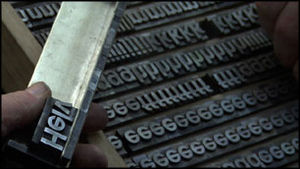 Left: handsetting type, a still from the film, ©Gary Hustwit.

I don't know how I missed this film when it was shown at the Walker (well actually I miss a lot of things so that's wishful thinking). Happily Helvetica A Documentary Film by Gary Hustwit was shown on PBS the other night on an episode of Independent Lens.

I watched it twice yesterday! (It's only an hour long.) It's a great tribute to a font that is a ubiquitous part of our visual landscape.