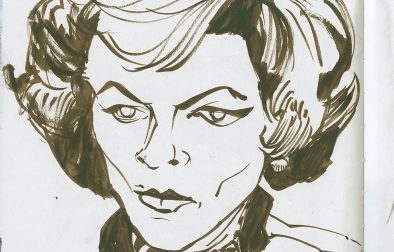 “Post-project let down.” What is it? How do you deal with it? I’ve got a few things to say about this today as the year winds down because journal keepers often experience a form of post-project let down at the end of a year. If you feel you might be prone […] 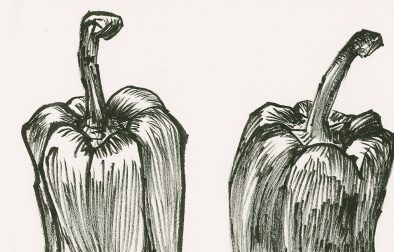 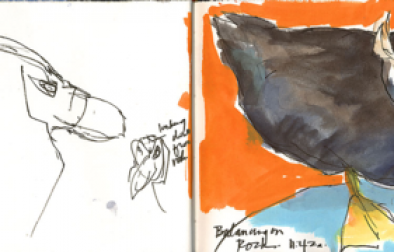 Why Warm Up When Drawing?

Pretty much every time I give a talk and show my work, or teach a class and explain my process, or even just share work with other sketchers I am asked: WHY WARM UP WHEN DRAWING? There are a lot of roots to this question, roots as individual as the person asking. One root, judging […] 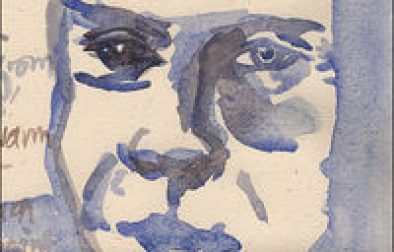 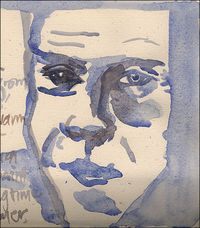 Left:
First of three sketches of the same subject shown here to emphasize the
benefits of warming up. See below for a second version, a detail from
the second version, and a third version. Click on the image for an enlargement.

Today was an interesting adventure without cable access. I forget
how dependent I am on it until it dies (if only for about 5 hours). For
awhile it looked as if I wouldn’t be able to post. I wasn’t even
worried about that until a friend I called during a break mentioned it
and suggested I go to a cafe and use internet access. Something to
think about for the future. (I don’t drink coffee so I don’t spend much
time in such places, but it’s good to remember them. Actually I just
thought of an ice cream store that has internet access. That would be a
good idea.)

Time is short now, but I did want to post, and what
better to post but a bit of cheerleading; a reminder to warm up and
keep working. The first effort might look bad when we sit down and
begin to work, but it does get better (I really like my third version,
it actually is starting to look like the person!)