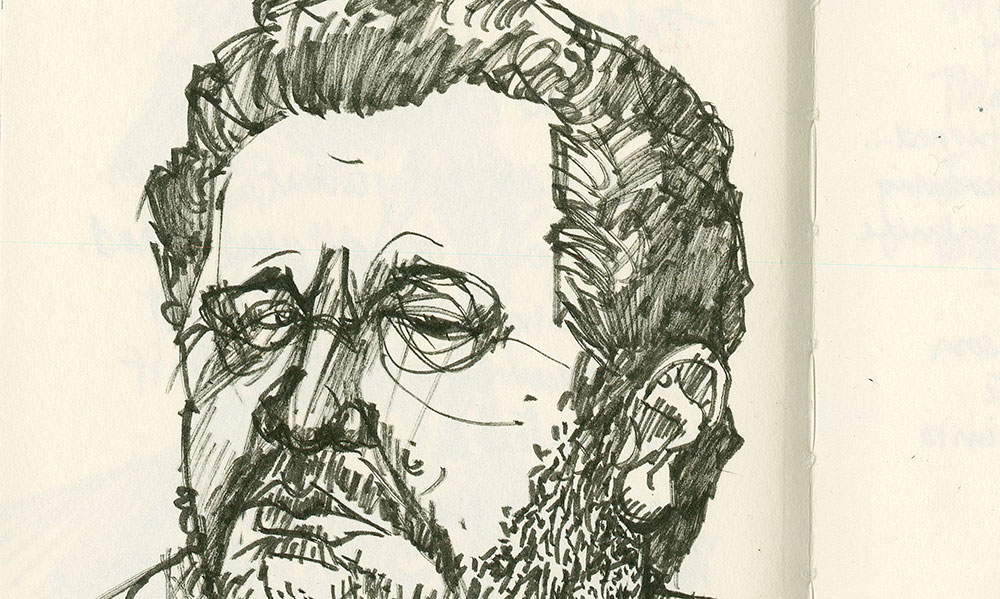 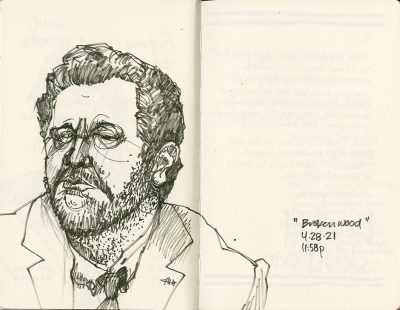 Things have come up and interrupted my writing of blog posts. I’ve got little folders with the dates and topics and the drawings all set up and yet I keep getting “called” away.

I decided rather than try to make the reasoned, composed, and collected blog post about all the mysteries on television I’ve been watching, I’ll call them out in individual posts. It’s simply easier to keep focused on one show at a time.

Besides, I don’t like to play favorites. My favorite is often the one I’m watching right now.

OK, and my real favorites are the ones I draw from while watching, like “Brokenwood Mysteries.”

If you haven’t watched this quirky who-dun-it series set in New Zealand then you’re in for a treat. I recommend you go and see it out. Season 8 is supposed to come out in 2022. (Each season is only a few episodes, so you’ll catch up in no time.)

Mike is a “listener” and a thinker, and the writers have pulled off the wonderful trick of making this interesting.

There is a great supporting cast of characters who recur at what seem like the oddest moments if you don’t remember that this is a small community and a lot of the characters are trying to make ends meet with side jobs.

To go into more specifics would be to spoil the wonderful discoveries of characters and themes. I’ll leave that for you.

You can view the show on ACORN. (I think it’s worth the subscription, but remember you also have “Murdoch Mysteries” and a lot of the Agatha Christie works also on ACORN, so it isn’t much of a mystery as to why I subscribe.)

Funny thing is that when I first met Dick back in 1979 I mentioned to him I would like to go and live in New Zealand some day. (I was there for a trip with family when I was a teenager and it looked like the place for me, even given the volcanic activity.)

Later, I brought up moving again, when Zena was princess and there was a growing TV and Film industry there. I was attending Film In The Cities at that time. It seemed a good reason to move.

His parents were always the main reason not to move anywhere. And then it was imperative to not move because they actually needed us. So I stopped asking.

But when the show started airing around 2014 it’s funny how I started thinking about New Zealand again.

Since 2019 when Dick’s parents had both passed, I would say I have brought it up at least twice a year. Even the Pandemic didn’t stop me from bringing up the “idea” of moving. (I admit a big desire for a move was the Trump Presidency. Until then I’ve never wanted to be somewhere else full time.)

I’ve traveled enough to know that there are no “perfect” places. (Which is also one of the reasons I’ve stuck it out here.)

But in my mind there is a quirky land where I fit in and sometimes in the evenings I meet Mike for a beer, sketch portraits of him and the other residents, and help him solve his latest mystery—or help him deal with some other relationships (because I’m a huge advice giver)…which would be spoilers if I mentioned them. 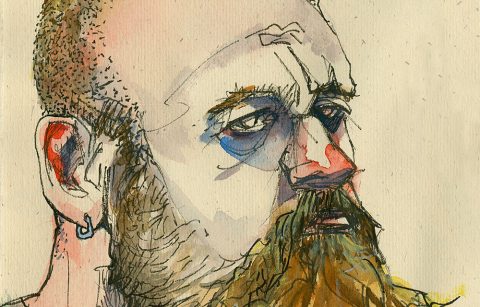 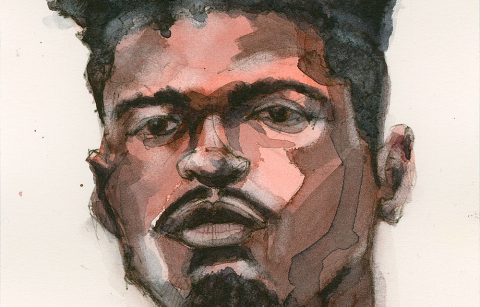