Sometimes Technology Is Fun: The Last Half of 2017 on Sktchy 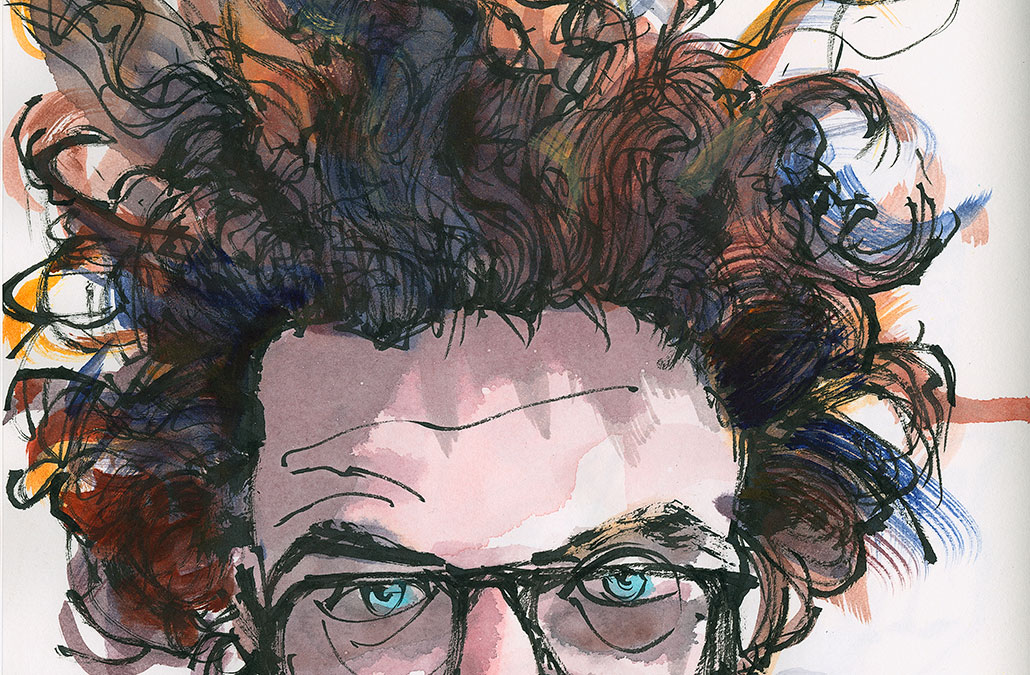 Above: A short video slide show of the ortraits I made during the second half of 2017 while working with the Sktchy App. If it doesn’t show up here, you can view it on YouTube at this link.

2017 was a horrible year for me and technology.

I had a scanner that didn’t work. (All the scans were fuzzy—turned out, after waiting for many tech visits and not scanning several projects that it was an interface issue. Now I have about 250 scans to catch up on!)

There were software glitches and computer problems. (More waiting for tech help.)

Worst of all there were the numerous problems with the hosting of my website. The more I asked for help from the host the slower the website loaded. I would wait for 2 or more minutes each time I saved something or clicked on something in my blog admin. window while trying to write a post—those minutes add up. I blogged less, and the blog was not effective for visitors. (Countless conversations with tech again.)

But technology doesn’t have to be all bad—I’m not a Luddite. I love TV of course, and that isn’t possible without technology. I love Photoshop, InDesign, Final Cut Pro: all those softwares that help me do my job—they are simply fun to use.

Most of all I love the computer because it allows me to write at lightning fast speeds. (I compose at the keyboard and can type at about 120 words per minute, which is only slightly slower than I can talk!) I love writing when things can just flow like that—and I love the German gaming keyboard that I bought this year that makes a delightful clicking noise and with light touch response pushes my typing speeds ever higher.

I have an iPad Pro, purchased when the large screens came out—it was meant to be part of a teleprompting system I was working out to use in my teaching videos. (There’s software you can put on the iPad for that.) However the stand that would hold it in place and thus make it useful fit the older models of iPad.

I find that if you buy something and don’t start using it right away for what you intended to use it then there comes a moment where you put it away and never use it or you devise a totally different use for it.

I did the latter—instead of using the iPad as a Teleprompter it languished until my end of 2016 bout of bronchitis caused me to pick it up and start using the Sktchy App. (I’ve written about the app before so you can search for that on my blog or go to the app and check it out. Basically a bunch of really great people put photos up on the app so that you can sketch them. Too fun.)

That allowed me to sketch at home when I was too ill to get out and go to the zoo. (In fact this year I’ve been using the app because I can’t go to the zoo in the immobilization boot I’m wearing to heal my foot and ankle!)

This afternoon I was doing some clearing away on my iPad. I discovered, quite by accident (I ended up on a screen I’d never seen and clicked on that video arrow that is ubiquitous on the web and computers), that the iPad photos section would meld all your images (or selected ones) into little slide shows set to music.

It was fun to watch the slides pass by.

I poked around and found out how to select the ones I wanted included, and then I poked around some more and discovered how to save it and export it.

A couple minutes later in Final Cut Pro I added a few details and then I posted it on YouTube. But you can also see it at the top of this post.

What’s fun about this?

Maybe nothing for you. But for me it’s fun to see the portraits I created during the last half of 2017 (all the previous pieces had been deleted because I don’t like to clutter my iPad and I keep everything on the Drobo; another piece of technology that hasn’t always been Roz-friendly!)

I sketched over 220 portraits using the wonderful muses on Sketchy in 2017. In the video 114 of them show up.

As I watch the video and see the images scroll by faster than I could click (and all set to music) a couple things strike me:

Something else happened in the slideshow as well. Things were RANDOM.

Images I sketched were scanned at different times and uploaded on different days and iPhotos or whatever is organizing things on the iPad doesn’t organize as I would like.

Again, Roz against technology—I would like to be able to have things organized by their name because my scans all have names beginning with creation date so they organize chronologically on my computer archive. Technology should have easily searchable databases! Everything else is a waste of time.

Because the pieces organized based upon upload dates they aren’t in chronological order and some interesting and fun juxtapositions occur. These make me smile.

Sometimes these juxtapositions seem intentional—as if the technology used to create the random order had read my mind.

Other times an image I would have paused on is passed over, but then an image I might not like as much is doted upon. And I find that I’m looking at that piece with new eyes. (I won’t make an argument that anthropomorphizes the technology, but sometimes it seems that certain technologies are thinking like a person.)

There’s one other thing that watching the video did—it made me laugh. If you work on Sktchy and have other technology that will allow you to create a slide show I recommend you go for it. It’s quite fun to watch part of your year flash by. (I guess that’s why the videos get created in “Memories.”)

One thing I know for certain. This year I’ll keep all my Sktchy portraits on the iPad until the end of the year when I can make another one of these videos!

And maybe, just maybe this year I’ll use the iPad for something it was created for—like digital painting.

It could happen, I’m beginning to like technology more and more. 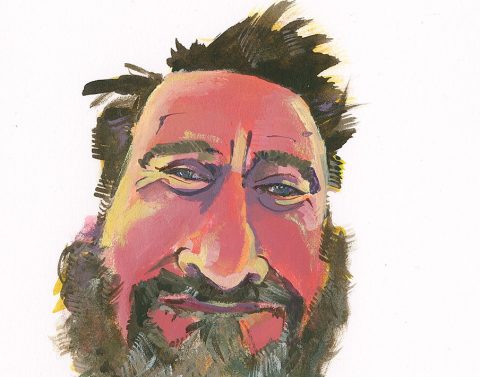 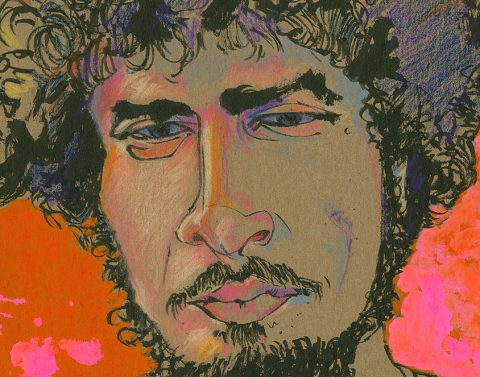 When Your Pen Leaks Make It a Feature 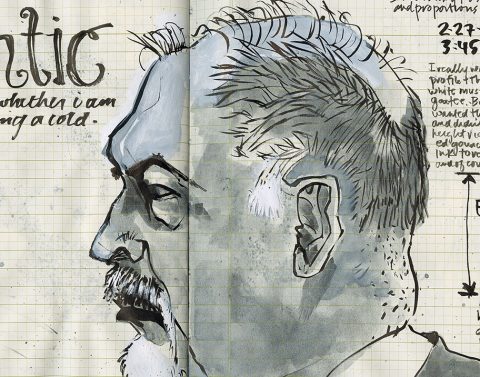 Keeping Your Mind in the Present Moment