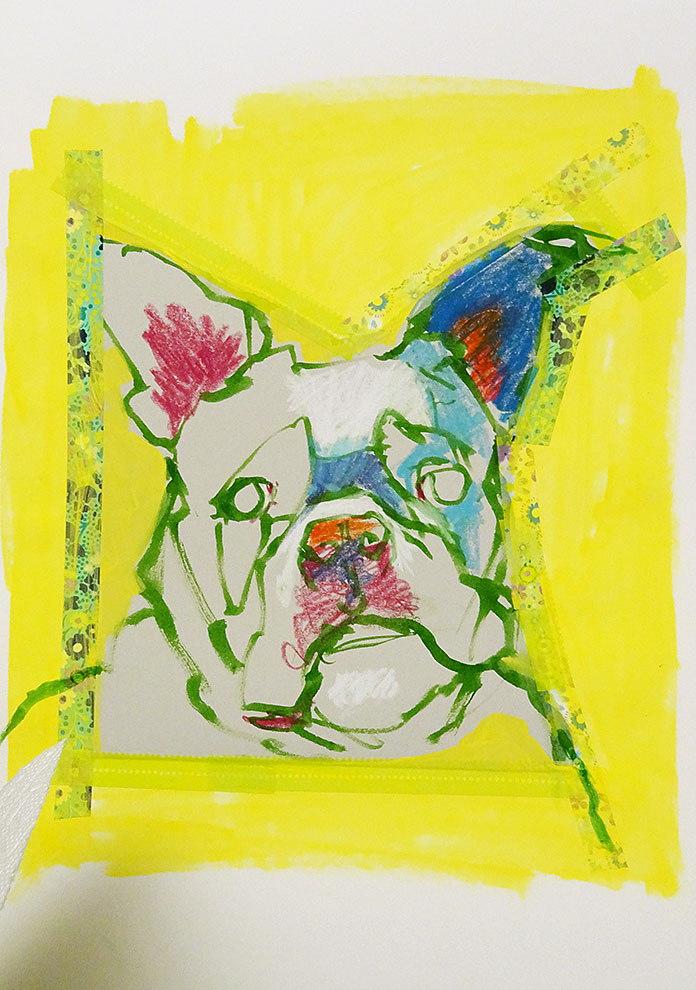 The other day I was working on a dog sketch from an image on Sktchy. I ran off the page with my green brush pen sketch and of course turned it into a “Piecemeal Style” painting, complete with washi tape and of course finished off with gouache.

I didn’t think about taking photos at each stage, but by the time I started coloring in with NeoColor I (which was a mistake because I thought I had brought out the Neo Color IIs which are water-soluble) I decided I should take a photo before I went further. This is sort of a Before and After as it were.

Also I show you this today because I think it’s really instructive to see how awful it looked in the early stage and how with a little bit of elbow grease I was able to turn it around into a nice portrait of a cute pup.

I began with my green Bienfang Watercolor Brush. It has actual pigmented watercolor in it. They are leaky, but they’re a brush pen, what can I say. I did a quick sketch of the dog. There was actually something else on the sheet of paper.

If you look at the second image in this post you’ll see a photo of the sketch before paint was added.

I had a solid, gestural sketch that would be easy to build up.

There was another image on the sheet of Wave paper I’d grabbed, because I was just interested in a quick sketch. I liked the brush sketch, however, so I cut it out and taped it with washi tape to a large sheet of Nostalgie. (I used yellow Montana Marker over the background also at this stage.)

I got out some Neocolor I’s which are non-watersoluble wax pastels and started scribbling color in, because I assumed they were Neocolor II’s and I could smooth and blend them with water. (This will teach me to wear my glasses!)

Now Wave Paper isn’t wet media paper, but I’m used to using wet media on a lot of different papers so I knew I would leave things rough and smooth with my finger a bit. And use very little water.

When I realized my mistake with the crayons I just went for it with more color in different parts of the dog. You can see it at that stage in the second image of this post.

After that I got out some gouache that was leftover from another painting and I started to mix colors and apply them to the painting. I ended up with the painting that opens this post. You can see a detail of the painting in the third image in this post.

In that image if you look closely you can still see some of the brush pen (which melded wherever the gouache or wet brush touched it), crayon, washi tape, and of course gouache.

I enjoy making paintings with a lot of surface texture.

This weekend as you go off on your art adventures I encourage you to keep pushing. If you think you’ve picked up the wrong tool and you’re sunk, just go off in another direction, think about a work around. There’s usually something else that you can do to change the trajectory and get a useable result. Even if things don’t end up the way you had intended, the process of salvaging a piece can often lead to new approaches you can use all the time. That’s how I came up with my “Piecemeal Style” in the first place, and why I keep reaching for that washi tape.

Have some fun this weekend mixing it up—and make some art. 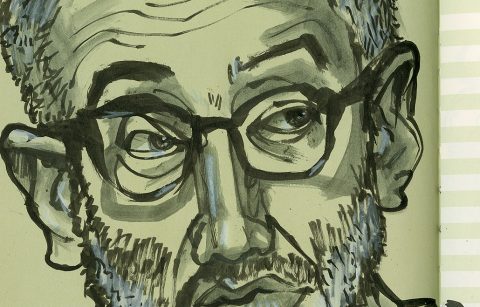 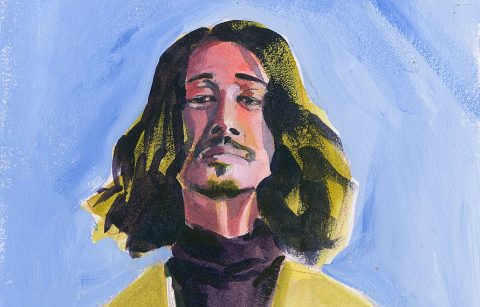 The Simple Volume of Hair 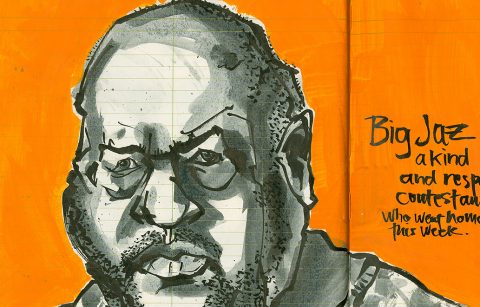