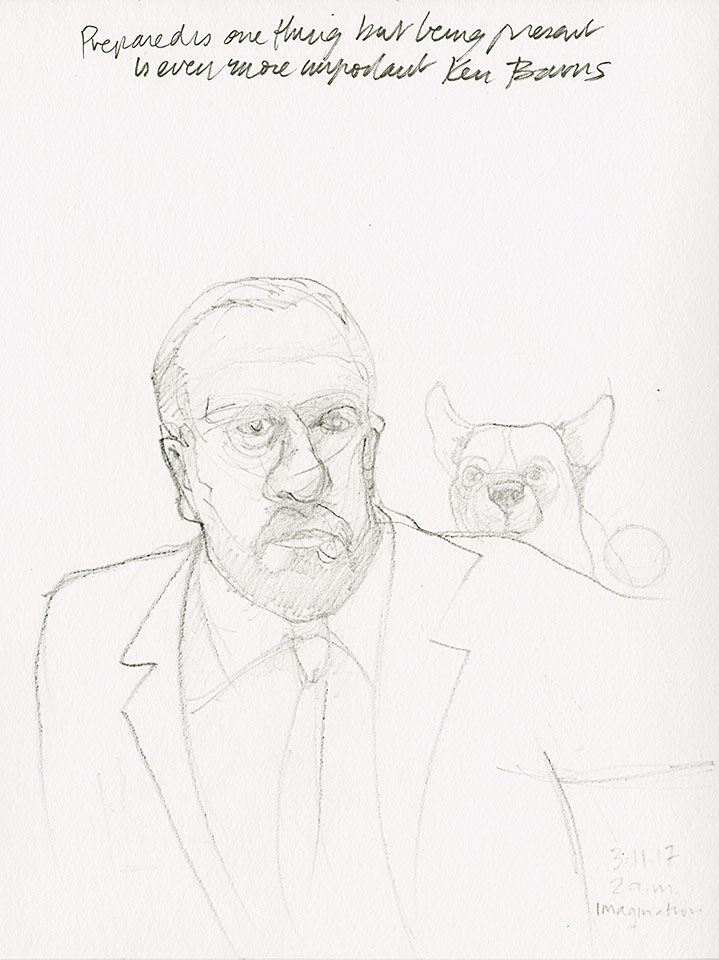 I’ve been organizing my files and clearing up the studio so I can move on to new projects.

I found this loose journal page in the TV room on a stack of books. I also read in that room early in the morning while Dick is upstairs reading his newspaper and having his coffee before work—I hate the smell of coffee.

The drawing is a sketch from my imagination. I didn’t write anything on the page to remember any specifics, I just wanted to pick up the pen and sketch something.

I wonder what Freud would make of the fact that when I draw from my imagination I draw a portrait of him with a dog peeking over his shoulder?

I didn’t work long on the sketch. The pen was dying and all dried out. I just wanted to get some shapes down, and some idea about animals and people in portraits together. It’s really just a giant (9 x 12 inch) thumbnail sketch.

But I set it on the side table and later that week there was some documentary I was watching on TV. They were interviewing Ken Burns. He’s the rather prolific historical documentarian (Louis and Clark, Mark Twain,The National Parks, Baseball, The Civil War I can’t remember all the things he’s done documentaries on). He’s the director famous for collecting still photos into a documentary, and then panning through those still images to create a sense of movement and focus. If you use Final Cut Pro to edit your videos the cropping effect that pans is actually called “Ken Burns Effect.”

During the interview he made the comment I scribbled across the top of the page.

Prepared is one thing but being present is even more important. Ken Burns

And I think when you are present a whole lot of meaty ideas, and interesting observations, and authentic work can come out of you.

Ken Burns has made his career about being present for each of his dives into subject matter that captured his interest.

This weekend think about how you show up. How are you present in your life?

This weekend really listen and look. What’s the next project for you?

Don’t worry if you only have an inkling of an idea. Write down what your inklings.  Keep paying attention to the ideas that come to you as you sketch and work this weekend. Sketch out your ideas too in thumbnails if that feels like a useful way to get things down. 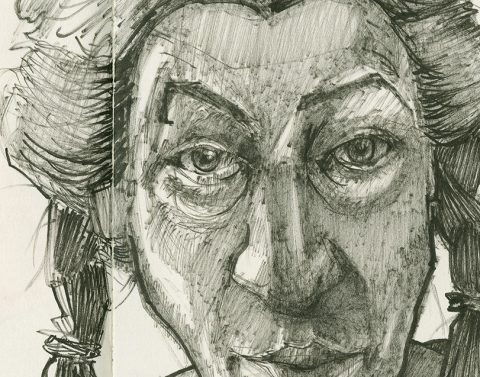 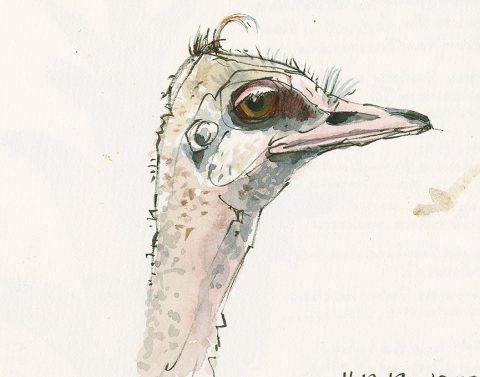 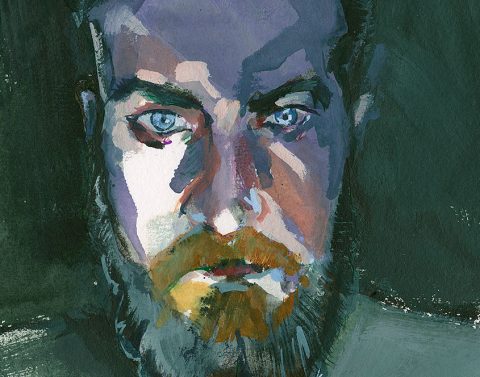 In Context: Looking at the Arteza Watercolor Book Part 3