Above: Sketch of Dick sitting in the TV Room. I used a fiber tipped brush pen filled with Platinum Carbon Black ink, and some left over cobalt blue and English red earth gouache (Schmincke). It's in a 7 x 7 inch book I made with Nideggen paper. (I started another one after I finished the last book with Nideggen in it—because that one was so thin, meant only to deal with my non-Fair needs, and I really wasn't ready to stop working on Nideggen.) The text on the page is repeated below for easier viewing.

Dick was just finishing a pressure point rub this afternoon and he stared at my wrist.

R: What are you looking at?

D: I was just looking at this spot on your wrist.

R: That's nothing, it's been there since I was a child. My mom used to say it was the mark that showed I was a princess.

I looked up at Dick…

R: And I said, "Then that must make you the wicked witch."

He laughed and laughed so hard.

D: You were such a lippy child. No wonder she had such a hard time with you! 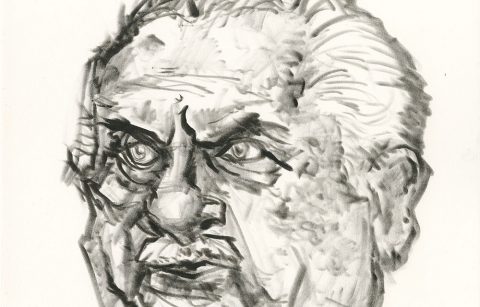 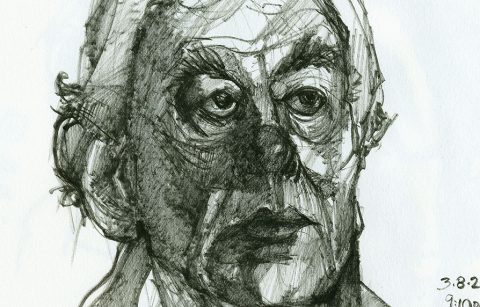