Winning Gracefully? I’ve Got a Lot to Learn, and a Movie Recommendation 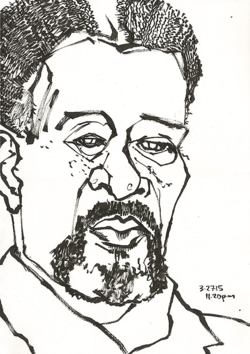 Left: Morgan Freeman as "the Boss" in Lucky Number Slevin. This 2006 movie also starring Joss Hartnett, Bruce Willis and Ben Kingsley is just as fun to watch again when you know all the twists. I can't say more or I'd have to add spoiler alert to this post. Pentel Pocket Brush Pen on Fabriano ecological drawing paper, 17 x 12 inches. I had fun sketching the hair and beard, both with dramatic white patches.

Dick and I were discussing when the Twinkie was first introduced.

I suggested sometime around 1904. I seemed to recall it was introduced at a World's Fair, but maybe that was the ice cream cone. He suggested much later, like the 1940s.

We looked it up in a magazine article about its return. (Hostess went down, if you didn't notice and someone has revived the brand.)

He tossed the magazine down on the kitchen island with a little too much force. Can one toss things snidely?

R: Yeah, rub it in. You don't have to…You make me so mad I want to punch you.

Dick enveloped me in a hug, laughing.

D: And when you win you do a Victory Dance, an I-told-you-so Dance, and a Nah-Nah-Na-Nah-Nah Dance.

I smiled, shaking my head, denying his assertion.

Dick held his index fingers up in the air at the sides of his face, a sort of index-finger-only jazz hands move. He started pumping alternate arms up and down and hopping as if running in place.

D: See, you recognize your move.

He added a spin for emphasis, arms still pumping. He laughed the whole time.

I make Dick laugh quite a lot.

I have never seen him mimic me like this before—I started laughing hard too. I guess I do break into spontaneous "dancing" when I win.

Oh, and I'm glad Twinkies are back. 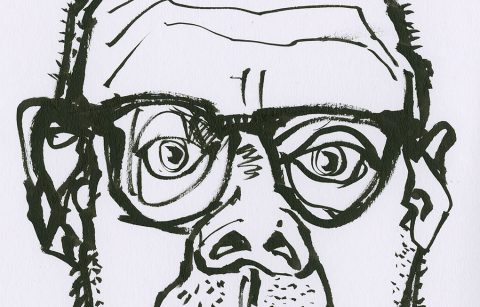