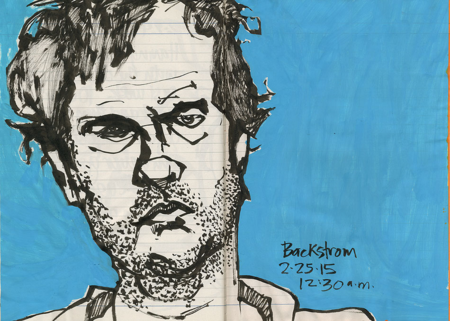 Above: Sketch of Rainn Wilson as "Backstrom." Pentel fine-tipped ColorBrush with pigmented ink and then background color with a Montana Marker 15mm tip; in an 8.5 x 11.5 inch Japanese Lined journal.

For TV talk today I'm going to bring up "Backstrom." It's a new police detective show staring Rainn Wilson as the misanthropic title character. He isn't a savant at detection in the way "Monk" was, but there are some similarities in the way he observes things. And he does like to put himself inside the mind of the person he's interrogating.

I have mixed feelings about this show. I don't think the cast has quite gelled. I want to like it a lot more. Now some of this may be due to the fact I started watching it when I had bronchitis and couldn't focus. Then I returned to it once I caught a cold (didn't watch it at all when I was well). And my main reason for watching it is that I really love drawing Rainn Wilson. He has fun features to sketch. There is no way around it.

And so when I start to watch the show, with good intentions of paying attention, I find instead that I am looking only for sketching opportunities, or actually sketching. And if I stop the action to sketch as I often do (and did for this sketch today) I find that even though I sketch quickly, by the time I start the show again, only 5 to 10 minutes later, I've lost track of what's happening.

But if the cast were roaring along together I'd be riveted. Believe me I don't have this problem if I am sketching during "Inspector Lewis."

I intend to give this show more time. And I hope some of that viewing time will actually find me in good health!

There are a couple characters on the show I enjoy. Dennis Haysbert has so much presence that frankly if someone just video taped him all day long and made a 24-hour Dennis Haysbert Channel I would watch. And what a magnificent voice. (I wish I could make my computer sound like Dennis Haysbert. "Roz it's time to have lunch." "Roz do your 15 minute stretch now." etc.)

Backstrom has a "lodger" and I want to say he's Backstrom's nephew? But since I wasn't paying attention I'm not quite sure of any familial link. What I do know is that Thomas Dekker who plays Gregory Valentine has done a great job of capturing my attention for the brief bits the writers allow him on screen. I look forward to more with him.

But that leads me to the IMDb page for this show. He's only listed as being in 6 of the episodes. And more puzzling still if you look at the entire cast list some are listed as being in 10 episodes and Wilson and Haysbert and Genevieve Angelson (who I think should complain to the writers for her dialog) are listed as only being in 9 episodes?

What's that about? An episode in the season without three main characters?

But give me a face with an interesting nose, wild hair, and some stubble, and I can be happy.

If you've been watching and paying attention (and you are a fan of this genre), share with me what works and doesn't work for you in this show. I'll have to keep watching just so I can sketch Rainn Wilson, but it's about time I started to focus on the show's attributes. 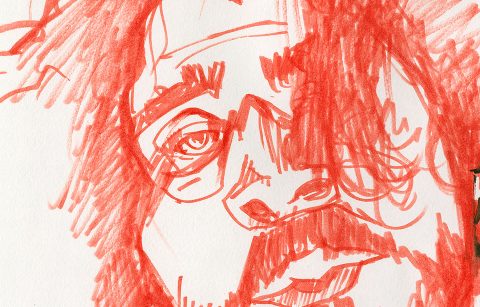 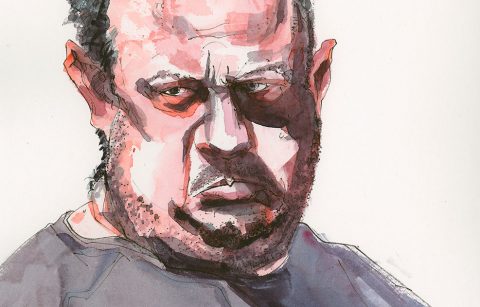 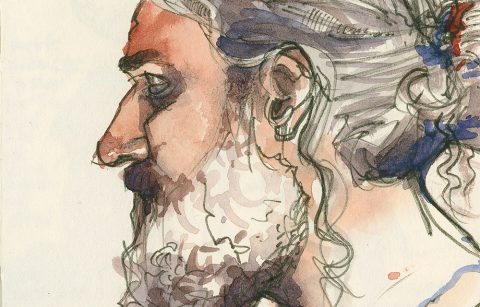