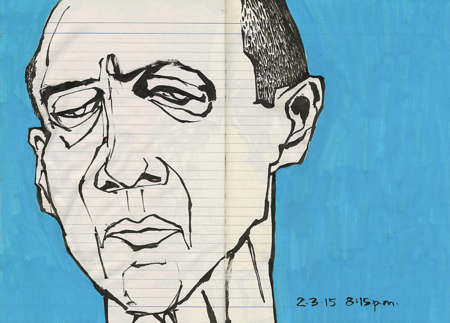 Above: Page spread from the smaller (8.5  x 11 inches or so) Japanese Lined Journal that I actually cased in. Pentel pigmented ColorBrush with fine tip and color with Montana Marker, 15 mm tip. Lately I've found myself liking the negative space so much that sometimes I can't bring myself to write anything. It's an excuse to stay up late drawing sketch after sketch until the writing demands to come out.

I am blessed with friends who really get me, from Linda who is one of the three people in the world who actually isn't annoyed by my constant reading of signs when traveling by car, and once in response to her dad's inquiry on whether we wanted to borrow his books on tape for our road trip replied, "Don't need them, I've got Roz,"* to Tom who shares with me the belief that the most fun we can have is experimenting in the studio playing with light and pushing everything with the computer.

The other day my friend Diane came over. I hadn't seen her in quite some time because I'd been "hibernating" with the bronchial crud.

I got out some recent work to show her and when I opened the small Japanese Lined Journal that I had cased in (they come with paper covers and I thought—"shoot that's just a textblock") she cocked her head at the sound as I opened the book and immediately touched the pages, all bubbled and warped out of true because of my use of mixed media.

"This is lovely how this has happened, and the sound, when you turn the pages…," she said, almost reverentially.

And I replied, "Yes, I love it so much. Sometimes I hold the book waiting to think what to draw and I stroke the pages so they crackle."

I did just that at that moment.

And we both just nodded.

We need to always be on the look out for such friends, and to nurture them when we find them.

And even when the rest of the world might think that you have gone off the rails with your latest experiments and "direction," they know how to look, absorb, reflect on the past, and hold the faith that you are going to get somewhere new and fabulous regardless of the current mess; confident that we're up to returning the favor.

__________
*I do have to add that Linda was referring at that point about my ability to hold up any end of the conversation that was tossed me, not the reading of roadside signs.

Below: And sometimes I am so tired when I finish sketching that I have had so many conversations in my mind as I sketch, that I write something that is sure to be ambiguous even to me in a couple weeks time…or not? These pages are like the found dialog I catch when sitting in public places and sketch and listen in. Only here I am listening in on my own brain and catching only a phrase now and then. Same journal as opening image, later spread. After I colored in the background I added a bunch of washi tape because "why not" and painted over it as well. 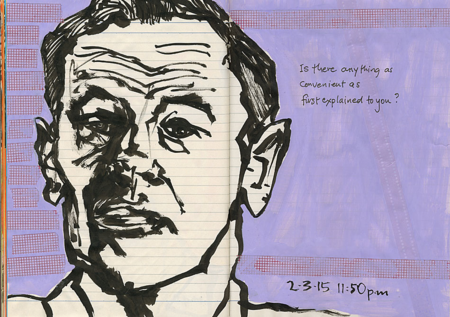 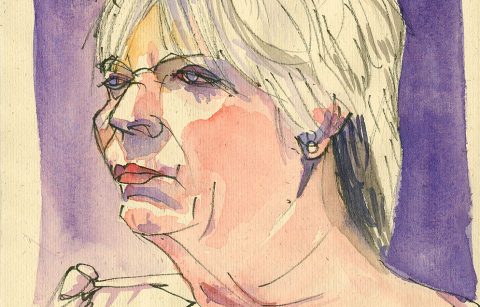 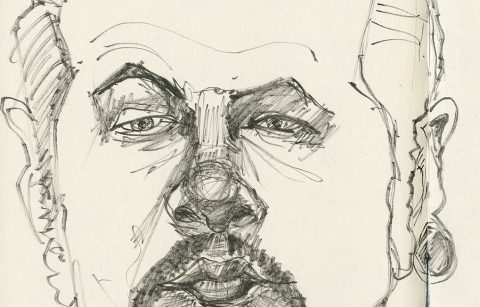