Buttons: I Love Them and I Wanted to Make a Friend Laugh 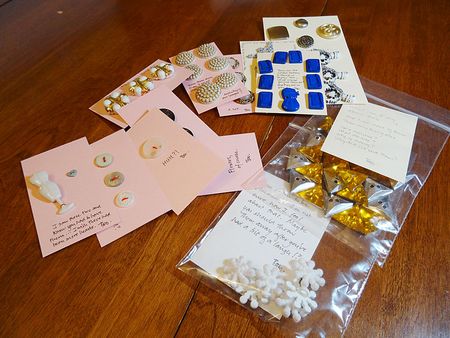 Above: Button cards I made up for a friend when I found out she liked buttons.

A couple of years ago Phyllis gave me a box of buttons. I was doing some sewing and I'd made a bracelet with some buttons that she really liked so she handed over a box of buttons. She was always doing things like that—encouraging me in all my various projects. If I ever had taken the plunge into stand-up comedy she would have come to all my local appearances I'm sure. She might not have liked my language but she would have been supportive anyway. (Dick says I swear more than a sailor, but I don't know what that really means because several of my uncles were sailors in WWII and I don't think I've ever heard one of them swear. Sometimes he says I swear more than a hockey player. I dated one of those and he didn't swear at all. Frankly by Dick's measure I don't think I swear much at all, or perhaps he just needs some updated stereotypes.) 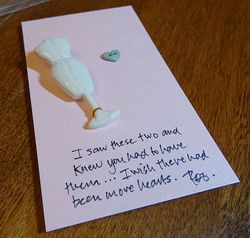 Left: Close up of the card with the dressform button and heart button. I used mostly pink shimmery cards that had been precut to business card size and then some cream cardstock that had been pre-cut to ATC size.

I've been clearing things away lately and I came upon the box of buttons. I had just had a conversation with a friend about her love of buttons. "I just love getting the cards out sometimes and looking at them. Their shapes and colors. They just make me happy," she said.

I thought I'd like to be a part of that, so I went through the box Phyllis had given me and sorted them. Then I took buttons I thought might be interesting to my friend because they were odd (like the dress form button shown in the above image; or really odd like the flocked snowflake buttons; or really, really odd like the zombie-Sam Peckinpah Snowmen; and sewed them on to cards.

If you click on the images you can read some of the things I wrote on the cards.

I wanted to have a little dialog with my friend. I hope that years from now, on another very cold winter day, she might get her button box down and thumb through it and come upon these buttons and read the notes I wrote to her and laugh. That hope makes me happy. 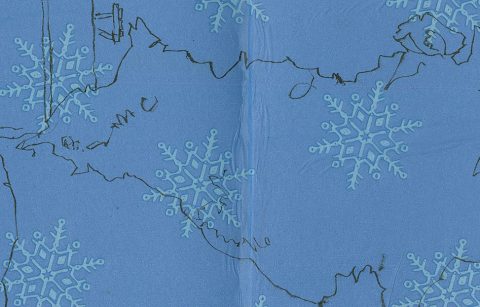 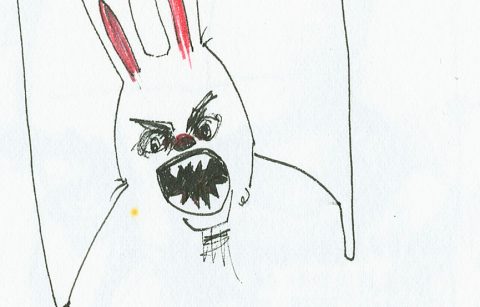