Something Sketchy—at the Bell Museum (And Sketch Night of Course) 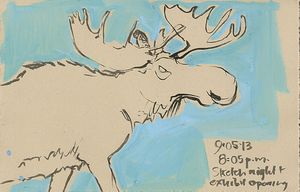 Last month at the first Bell Museum Sketch Night for this school year the "Something Sketchy" exhibit opened. This exhibit consists of sketches made from various items in the museum's collection. Some drawings are framed, but most still reside in the sketchbook, placed inside plexiglas cubes for viewing.

I recommend that you go to the Bell and check out the show in the Jaques Gallery. Sometimes the items (when they were portable) are installed right next to the sketches. There's also some Jaques sketches—quite a thrill. 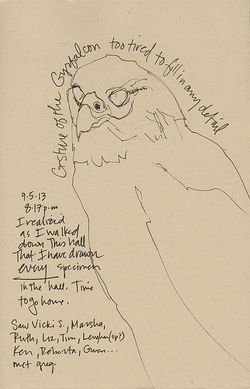 Left: my second sketch of the evening. A very quick gesture sketch of one of the bird mounts. Faber-Castell Pitt Artist's Calligraphy Pen.

On October 3 there's going to be an opening for the Audobon exhibit (there is an extra fee for that special exhibit opening). It coincides with Sketch Night, which is still free (you just won't be able to go into the Audubon exhibit, but you can come back for that). It will be a fun night to sketch, and you can check out the "Sketchy" exhibit.

Sketch Night runs from 6:30 to 8:30 p.m. Poke around on the Bell Museum site for more details and upcoming topics, or just show up every first Thursday of the month. 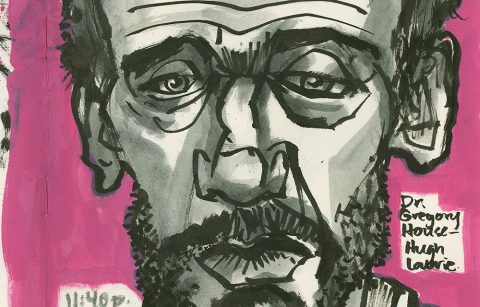