Kickstarters and fundraisers abound on the internet these day. I'd like to take a moment to draw your attention to a couple that are about to expire, and a couple that have expired, but are very interesting.

My friend Heather Leide is an architect, book artist, and bicyclist. She has also lived with diabetes for 21 years. She's pretty amazing all round. She is riding in the Tour de Cure in Minneapolis on June 1, 2013. She is raising money to fight for a cure diabetes.  You can view her personal donation page here.

You can read more about Heather and the Tour de Cure by following the links at that page. And even if you don't feel you can donate you might promote her efforts (and the efforts or all the riders) by mentioning this event on Facebook and raising awareness.

Kickstarter is a website for raising funds for creative projects. People put a project together, come up with a budget and ask for funding from "everyone." It's based on a model that has been used for centuries, but it has made sponsoring a creative person more accessible. You just have to go to the site and find the project and click. You can read about how Kickstarter works here.

Steve Robbins has 6 days to go on his Kickstarter for "Ad-Man!"

Steve's a young artist who works at Wet Paint in St. Paul. Steve cares about comics and character art almost as much as I care about TV. He also cares about his life goals as an artist and he's doing something about his dream—it's great to see a young person take this initiative. Go and check out the short video he made about his project. I've seen the prototype deck he made—he's got a clean and polished style, and the deck is very clever.

The following Kickstarters are already funded, but I think they are interesting and you might want to take a look at them too.

Chris B. Murray is a young artist and illustrator who is using Kickstarter to fund the framing of the new series of paintings for his upcoming gallery show. He reached his funding goal very quickly so you don't have to rush over to "ADKS First Solo Gallery Art Show" but you should check it out.

I found out about this from a posting by Tim Clary, another East Coast artist (whom I met through The Moly_Xchange exhibit at MCBA). Tim was right to draw attention to Chris' work. Chris is a talented artist we can all watch. Check out Chris' video to see some of his art. You can visit his website here. Chris has a clever eye and wonderful control over his materials. It will be great to see where he goes.

The last Kickstarter I wanted to mention came to me via artist Christine Mitzuk. Pablo Garcia and Golan Levin have developed a camera Lucida that will be inexpensive and accessible to artists of all means. They reached the funding goal of $15,000 before I found out about the project and there were no more funding levels available to get one of these gizmos. They have plans to release the specs and are talking with a company to go into production, but I sure would have loved to have been on the backer list and had my own NeoLucida to play with. You can still get on the mailing list with a $1 donation. Read about their project NeoLucida here.

(Note: The fact that some of the great masters like Ingres used such devices doesn't minimize the skills, it's a tool, go look at Ingres drawings again. Even with this tool you aren't going to draw like that.)

It's a cool project and if you draw I think you'll find it interesting to read about.

Just before I finished writing this I went back to Kickstarter and found, by chance, another Minneapolis artist, Phil Hansen. He works with text to create his "paintings" and he also films his projects. He practices painting as performance art. (He has to because he has a whole series of pieces that were created with the goal of destroying them.) He has some interesting things to say about his art which you can hear at "A Collaborative Art Experience Capturing Stories.

He's already reached his fund raising goal as well, but I thought you might find his approach to art interesting because he talks about the importance of dealing with limitations and its effect on our creativity. Faced with life changing nerve damage Hansen took his neurologist's advice and "embraced the shake." You can hear about "embracing the shake" in Hansen's TED Talk.

These creative people share with us in this format, and in other social media, their approach and their ingenuity and their goals. Whether you're peddling for miles in search for a cure, creating characters, asking for help to frame art for a show…you are trying to show up in a creative way. They all have something to teach us. 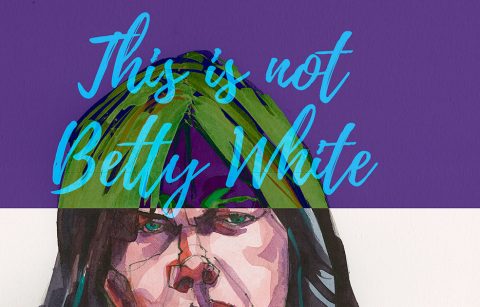