Above: The first of three page spreads I completed during my time at the festival. I worked with a Staedtler Pigment Liner .5 in a journal I'd made with lightweight Gutenberg (hence the buckling) and Daniel Smith Watercolors applied with a Niji Brush. (The journal is approximately 8 inches square.)

The MCBA Visual Collective's May 8 Sketch Out at the Shepherd's Harvest Sheep and Wool Festival at Washington County Fairgrounds in Lake Elmo was a tiny affair of four! Karen Engelbretson, Suzanne Hughes, Karen Wallach, and me. We overlapped rather than moved as a group! Karen Engelbretson arrived while I was working on my first sketch (verso page above) and we sketched the cutest (bar none) lamb in the world (recto page, she moved before I could capture her face). After Karen took off to get some work done I bumped into Suzanne Hughes who was busy capturing animals with pen and ink. Later I ran into Karen Wallach, attending with a fiber artist friend. Karen was taking photos of the animals and talking fiber with vendors, and planning to sketch later. I met up with Suzanne, we looked over our journals and then did a walk through of the vendor buildings, chatting. I learned a lot of facts about angora bunnies and am now looking for a local yak farmer so I can visit and sketch!

You can see my final page spread from the Shepherd's Festival and sketches by Karen Engelbretson and Suzanne Hughes over on Urban Sketchers—Twin Cities, after I post there this morning.

I was pleased with this small turn out because it was a cold and wet day, with the temperature never rising above 46 degrees Fahrenheit, an overcast sky which produced sleet and rain off and on, and a bit of a breeze, which whipped through the long barns, making it chilly work to stand and sketch. But it was never so chilly that I wished I had found my fingerless gloves—so I count the whole event as a success. And of course, the ever important warm up for the Minnesota State Fair.

I had arrived at 11 a.m. (delayed by traffic construction and the need for gas!) and parted ways with Suzanne at 2:30, at which time I did a final page (See Urban Sketchers—Twin Cities in a few minutes). By the time I rolled out of there I'd had four hours of great fun, observation, and discussion with animal owners. My only regret is that the sawdust in the goat barn kicked up my allergies and I was only able to do a walk through there. (Oddly the rain also depressed my appetite so I didn't even get any Kettle Corn!)

Below: My second page spread on the day. The Merino sheep are particularly interesting because of the thick wool "suit" that envelopes them. I did several sketches of this ram as he moved about. The Llama stood surprisingly still in his pen, about 4 feet away from me, behind a six-foot gate that I had to keep squatting in front of to get the bars out of my field of vision. 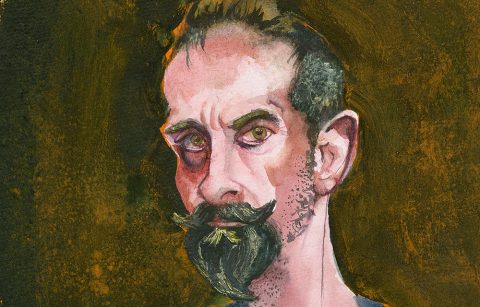 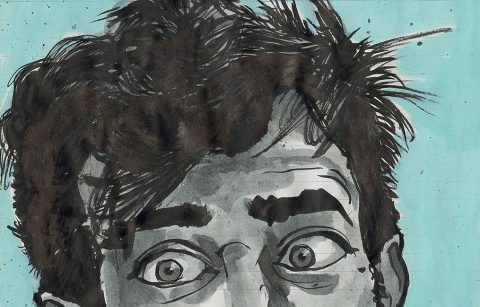