Sin and Salvation: William Holman Hunt at the Minneapolis Institute of Arts 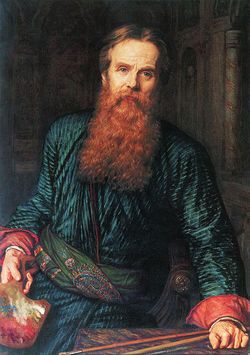 If you haven't already seen Sin and Salvation: William Holman Hunt and the Pre-Raphaelite Vision at the Minneapolis Institute of Arts, you have until September 6 to see this ticketed exhibit (free to members).

My attachment to the Pre-Raphaelites is a complex one, beginning in childhood (John Ruskin was a supporter of the Pre-Raphaelites; Charles Dickens—does he really need a link?—went on record to call one of his depictions of the Virgin Mary ugly).

I won't try to unravel my attachment here for you, and don't expect the show signage to present a coherent view either! What you want to do is visit the show, look at the images, and purchase the catalog: Holman Hunt and the Pre-Raphaelite Vision, edited by Katharine Lochnan and Carol Jacobi. It's 221 pages of essays and color illustrations of his paintings, drawings, engravings, and some textiles and photographs of the artist and related items. The sad thing is the reproductions are very DARK and also a tad fuzzy so they don't, even when bled full-page give you the exact sense of obsessive observation and attention to detail that seeing the paintings in life will do—but they are better than nothing, and the essays are far superior to the garbled and incoherent signage presented in the gallery.

The first essay by Carole Silver is worth the $55.00 price tag. In readable, non-stilted prose Silver breaks down Holman Hunt's relationship to his literary sources and inspirations as well as his cultural influences.

For me any one of the following are excellent reasons for attending the show (and are presented in no particular order):

1. Seeing Holman Hunt's exquisite red, black, and white chalk portraits of his two wives (Fanny, and after her death, her sister Edith).

2. Seeing the unfinished portrait of his own sister (sadly this brilliant piece isn't in the catalog—or at least so far I've been unable to locate it). On a grimy, lightly primed canvas we see the artist's scribbled in outlines for the head and shoulders. Then we see a weak streaky glaze of background red about the head, and of course there is that head—completed to a finish of exquisite detail. Since Holman Hunt would start, stop, and return years later to work on canvases, would capture backgrounds and return to put in figures years later, and work on a canvas unevenly, bringing various areas up to polished completion at different rates this lovely portrait is actually one of the most important in the show for what it tells us about the working artist. It deserved to be in the catalog and as I read I keep hoping to find two pages stuck together, revealing it. 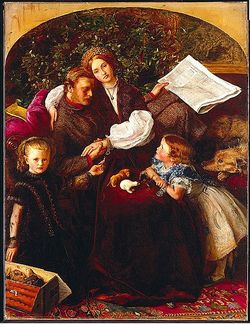 3. To view John Everett Millais' Peace Concluded (which actually is owned by the MIA, so if you miss the show you can return to this). As another member of the Pre-Raphaelite Brotherhood this painting of Millais' is included in the show. There are several interesting items in this painting: The woman is Ruskin's ex-wife, the animal toys represent the participants in the Crimean War, the child at the left holds a dove of peace, the painting within a painting at the back is related to the war and to Millais' birthplace Jersey. There are also brilliantly stunning things in this painting: skintones, see-through lace sleeve on the child at the left, and most important, the Irish Wolfhound on the couch at the right. The nose and eye of this hound are hyper detail at its most perfect, blended with the loose treatment of the fur (mere glazes of oil paint seemingly blotted on—to arrive at the Brindled nature of the dogs' coat—and ultimately dressed with wiry bristly strokes to capture the tactile nature of the dog's fur). (I spent more time staring at this marvelous dog than any other item in the show.)

4. To see and savor the front sheep, bottom right, in Holman Hunt's Our English Coasts (Strayed Sheep), (1852). The muzzle and nose of this individual, and the light shining through the thin skin of its ears is so glorious and joyful that it quite steals any allegorical meaning from the image.

6. To see and be struck by the sheer size of "The Lady of Shalott." While I have never liked the poem or the reproductions of the painting I have to say one can't help but hear the vibrations resonnating from the recent crack in the mirror, and feel the woosh of air that destroys her.

7. To be mesmerized by the rendering of chain maille and armor and brocade in Holman Hunt's Valentine Rescuing Sylvia from Proteus (1850-51). I mean come on! I get it, I swoon.

8. To see how black dogs can be painted in Arthur Hughes' The Long Engagement (1859).

9. To see Holman Hunt's short, dryish, over-lapping strokes with hardly an expansive wash to be seen, in his watercolors, very much in the gouache and miniatures mode.

Left: The Afterglow in Egypt (1854-63), William Holman Hunt, 863 x 1854 mm, oil on canvas. This image from the Rossetti Archive is much crisper and lighter than the printed version in the show catalog. (I believe the frame of this painting was one created by the artist and it appears in the catalog image. The white, cutout areas at the top of this image follow the frame's shape.) Check out those pigeons!

10. And most important, to view, in full size, first person, the glorious, The Afterglow in Egypt, in which Holman Hunt depicts a stunningly beautiful Egyptian field worker holding a hay bundle over her head and balancing a clear green glass vase in the other hand. Why is this such a fantastic painting: the PIGEONS of course. Pigeons swoop and land about her feet—orange, red, and brown eyes glinting. They preen and bend and twist and appear in all the color types you can imagine. Ferral and fantastic they are every fancier's dream. I sat on the floor and studied the bending orange pigeon. Drooling. It took my breath away. Sadly the catalog reproduction of this image is small (even though it appears on a full page) and very dark, so all of the detail and luscious drapery of the woman's attire is lost in a puddle of dark CMYK ink, and the pigeons appear plump and dimensional but not transcendent.

Also of note is that Holman Hunt often made his own frames. Unfortunately this information will have to come from a tour as the signage is lax about such details. I recommend you join a walking tour of the gallery to get some background information and highlights. Then return to savor those paintings that speak to you. 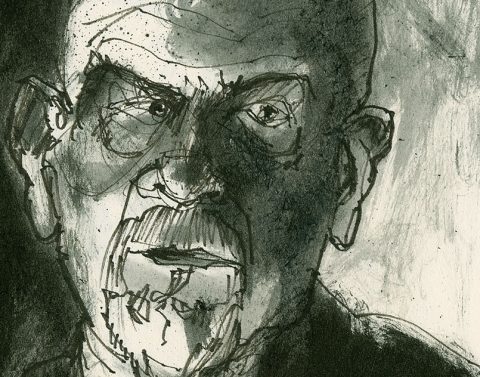 What Has Happened to Hercule Poirot? 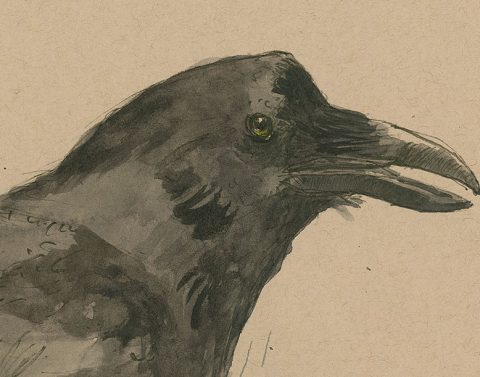 Sketching at the New Bell Museum 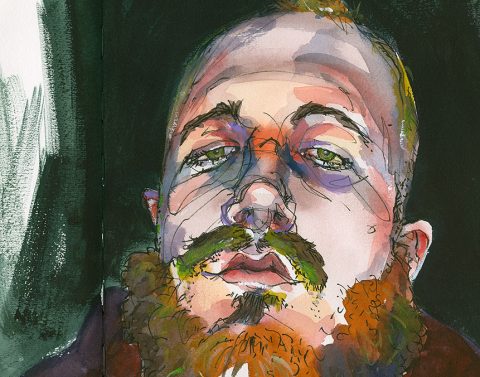 In Context: Looking at the Arteza Watercolor Book Part 5