Shooting for the film started about about 10 a.m. Saturday and finished exactly at 6 p.m. (I know because the last scene in the movie is the last one shot and I looked at my watch!) Greg and Andrea Specht (who produced and helped write the film) edited it on Sunday. They turned in the final piece that afternoon just before the deadline. (You cannot image the paperwork and releases for everything from props to the sax solo riffed by Lou Ferreri in the men's bathroom.)

A couple weeks later there was a week of premieres at a local theatre. Each night one entry from each of the 12 or so genres would play, the audience could vote on fan favorites.

The movie, as is normal, was not shot in sequence and this makes watching it a rather odd experience for me because it runs counter to my memories of what happened that day. After shooting the "drama" scenes Greg, Andrea, Jerry, and I were together the rest of the day for the other scenes.

If you have ever thought about being involved in something like this I recommend it. It is great fun. I'm not sure if Greg is going to do another one this year, but I have already volunteered.

Oh, and because my friend Ricë likes backstory so much, my film acting debut was when I was 17 and a senior in High School. I played several roles in my friend Frank's very loose film adaptation of Ionesco's "Anger," for his Honors English project. I also created the titles for that film using stop action and a chalkboard. My recollection is that we didn't take much more time with that project either.

Never fear, I will not be quitting my day job. 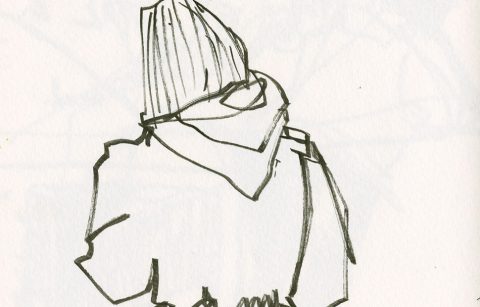