TypeFace: A Film about Woodtype 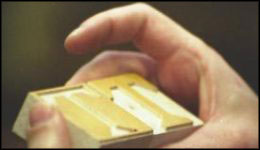 Left: A piece of woodtype. Photo from the filmmaker's website.

On Thursday night, in the sold out Walker Art Center theater I watched a lovely, moving, and inspiring film about woodtype, the process of letterpress printing and its current resurgence among artists and designers, and the Hamilton Woodtype Museum.

Of course my life has revolved around type and printing and design. I was attending the film with 4 friends similarly inclined. The theater was packed with other graphic design professionals, printers, and graphic design students (and because interest in this film was so strong a second sold-out show ran at 9 p.m.). We wanted to like this film, but we needed to be won over. Judging from the laughter and applause throughout the movie I think the filmmakers succeeded with the group as a whole. For me, they exceeded my expectations. By focusing on the volunteers (the youngest seems to be 60 something) who work at the museum, as well as showing workshop users, instructors, and designers all attached in various ways to the museum, an important portrait of a part of the history of communication comes to life. I encourage you all to visit the Typeface website and learn about the movie. Seek the movie out when it comes to your area.

Find out about the Hamilton Woodtype Museum as well. It isn't in the middle of nowhere as a couple people mention in the film. This is a part of American history that needs to be protected. Friends have heard me go on and on about printing and letterpress, and broadsides, and the founding of our country until, well their eyes glaze over and I look a little rabid. But this is important stuff. We need to support it. The film, I hope will draw attention to this urgent need. Woodtype is disappearing. People who can make it are disappearing. Crafters are gobbling up the type to make collaged "shrines," decorative nameplates, and coffee table tops!

The audience (and my friends at dinner afterwards) all had ideas about what could be done to get this institution humming. They need an infusion of energy from people who love woodtype and letterpress printing and that could be you. Some dedicated volunteers could sort through those boxes of uncataloged type; arts educators could band together to make bookarts and letterpress workshops and art camps that would make Hamilton a constant destination. A festival of printing could bring tourism to the small town of Two Rivers, WI. Universities in Minneapolis, Madison, and Chicago need to be sending busloads of students for workshops. As one design professor pointed out, when his students actually worked with the woodtype they returned to a computer lab with a new understanding of the physical form of the letter and the space between and within the letters that the computer does not provide.

Humans are a visual lot, we need to communicate, this is important stuff. These students will create the world we live in, the visual look of it.

Let's not stand by and lose this bit of history; let's keep this technology working in new ways in our culture. Go support the museum in any way you can. 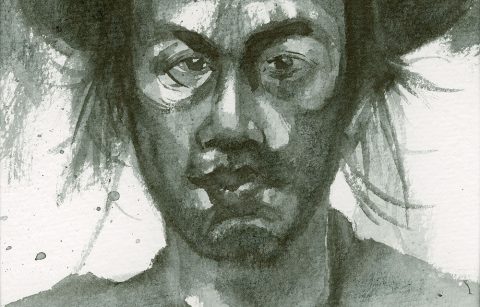 Wrapping Up Teaching…What Does That Mean?